Staying Ahead of the Curve in the Californian Cannabis Testing Industry

With the new, regulated market officially up and running in California, cannabis testing labs are rapidly adapting and growing to meet the huge influx of samples. Recently, we spoke to one of these labs to gain insights into how the cannabis market is evolving in California, and the implications this has for labs in the industry. Based in Los Angeles, CannaSafe was established with the full Californian testing regulations in mind and is aiming to be the highest production cannabis lab in the business.

To find out more about cannabis testing in California and how CannaSafe is working hard to ensure consumers and patients receive contaminant-free and rigorously-tested cannabis, we spoke to their President, Aaron Riley.

Jack Rudd (JR): What is the biggest technical challenge faced when analyzing cannabis?

Aaron Riley (AR): The biggest technical challenge is the matrix. It presents problems with most assays, particularly pesticides and cannabinoids. It’s a tough matrix that the analytical world hasn’t got a wealth of experience with, it mimics pesticides at lower detection levels, its hard on instruments and columns. Also, there are very few people who have experience with it – there’s still less than 100 cannabis labs and many are inexperienced and unequipped.

JR: New testing regulations came into force in California on July 1 this year. What were the key changes and how have you been working to meet these needs?

AR: The key changes post-July 1 have introduced the challenge of maintaining the quality of results with the influx of testing. We have been working to implement automation where we can.

Our automation efforts really tie back into the mantra of what we want to be; we want to be the highest production cannabis lab. Typically, labs excel in two of the three main categories that their customers care about – quality, price and turnaround – and we are striving to win at all three of those.

We want to be able to get 500 or 600 samples processed every day and to do that we need to have automation. We’ve quasi-partnered with Hamilton Robotics, who have already completed the automation of our microbial assay where we’re checking for Salmonella, E. coli and four different species of Aspergillus. With automation in that department, it has cut our hands-on time per sample, from 2 hours to 15 minutes.

At the same time, we’ve also eliminated the potential for errors with liquid handling. From an efficiency perspective, that’s huge. That’s really going to allow us to push our efforts into the 500 sample a day territory and still be able to maintain the quality and integrity of our results and the turnaround time and price.

JR: Are you planning to implement any automation outside of microbiological testing?

AR: We actually have another bigger Hamilton system with a 96-channel pipetting head, which we are in the process of implementing into our workflow. We are using this system to automate all the liquid handling for potency and pesticide testing. Our plan is to have this wrapped up in the next 60 to 90 days.

JR: What other steps have you taken to meet your goal of becoming the highest production cannabis lab

AR: Right now, we have an 8,000 sq. foot facility in LA which we’ve designed with efficiency in mind from day 1. We’re able to fit a lot of instrumentation and staff into the space allowing us to grow whilst maintaining quality. The next step is to max our capacity out which we are confident we can do by addressing efficiency gains right from the first step of getting samples into the lab through to the delivery of results. Once we’ve finished adding equipment to our current facility we’ll be able to consistently do about 500 samples a day. 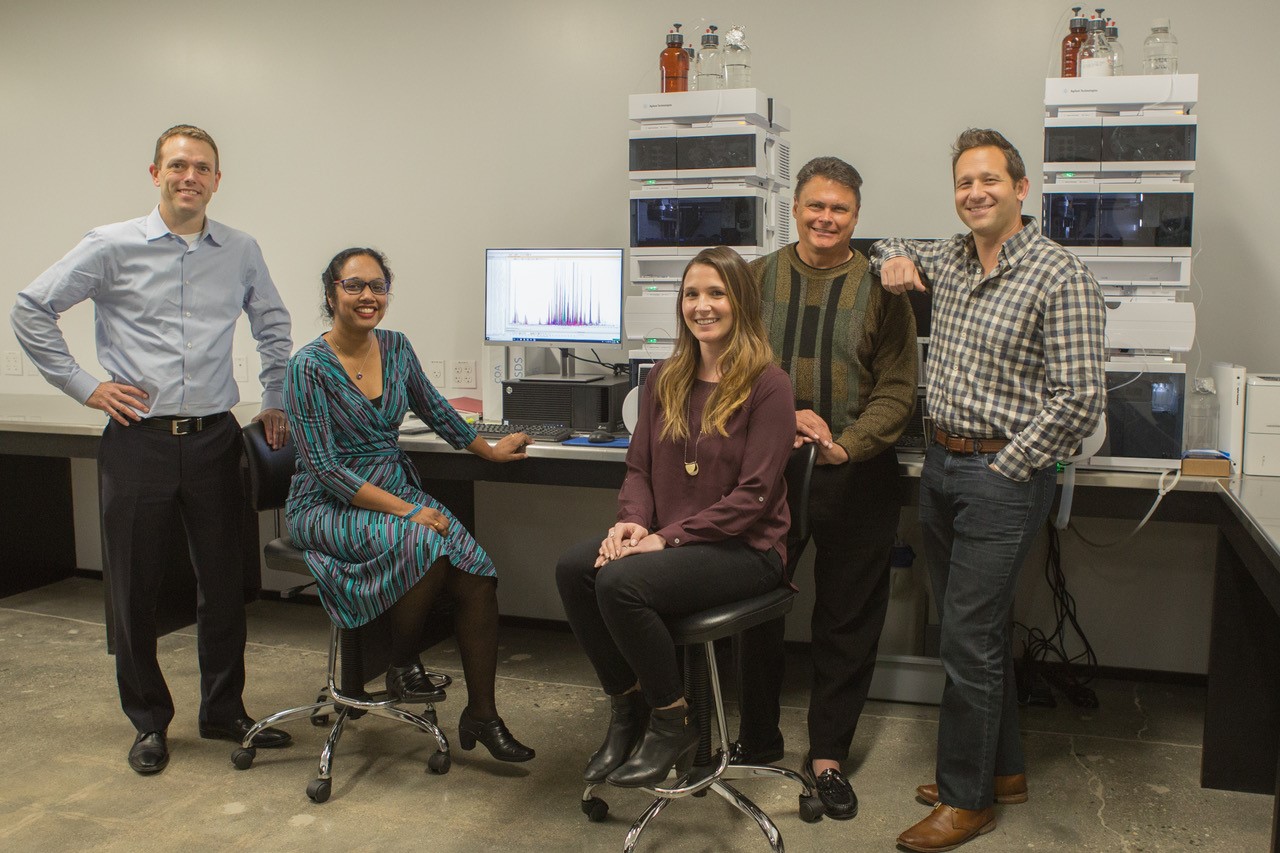 On top of this, we have received a couple of proposals to purchase other labs. We actually have two right now from different countries that are essentially asking us to come set up a lab with them. So, who knows what the future holds. For now, we’re really focused on California as we already have an established brand and relationships here.

JR:  You mentioned processing 500 samples per day; Is that 500 samples with all current testing requirements in California?

AR: Absolutely, and that includes the stuff that’s going to be added in December 2019 which is heavy metals, aflatoxins, and water activity. We’re one of only a few labs in California that’s set up to do all the required testing and that’s now only a few months away now. We’ve been strategic in adding equipment that has allowed us to prepare for what’s due later this year. We think other labs are going to struggle to take all the new requirements on, they're going to be doing 80 samples a day and then all of a sudden, they will have to integrate aflatoxins and metals.

In a production environment, it’s hard to slow down and do method development and change workflow that incorporates new tests.

JR: There has been a move toward PCR-based microbial testing in California. Do you think there’s room to expand the list of microbial contaminants labs should be looking for?

AR: We already do PCR for microbial testing and I think eventually California will add to what’s required, but I don’t see them doing that for a long time. The way that California structures all the regulation requires a laboratory to evaluate every test we do. They want to know every piece of instrumentation we have, they want to know all the SOPS, we have to run quality control on 20% of samples which is double what the standard analytical world is doing.

For microbial testing, this can only be achieved with PCR and having a specialized microbiologist on staff. I don't know that they're necessarily forcing everybody to do PCR but based on the requirements, you pretty much already have to do PCR. Whether it’s your own or one from an external company like PathogenDX or Medicinal Genomics, who pretty much offer a turnkey PCR kit.

JR: I guess these new requirements will involve buying new equipment as well?

AR: Absolutely, it’s going to involve buying new equipment. I’ve already been through the learning curve, I didn't know that you had to have a digester to do heavy metals and that you’ve got to buy an Inductively Coupled Plasma Mass Spectrometry (ICP-MS). Then you’ve got to have all the ductwork, have a hood installed to work with all the acids and then there are the chillers and argon gas. There’s a lot of stuff that you can’t just add on a whim, especially with the confined spaces in a lot of labs are working with. We wouldn't have been able to fit an ICP-MS in our old lab. We had to move.

JR: How do you think cannabis testing can be improved, as well as the understanding of the importance of testing by users and producers?

AR: Improving the understanding of testing will come primarily from educating. We are working on a marketing campaign that is meant to garner attention so that we can use it as a platform to educate. The big misconception about the safety of cannabis is there isn't a similar product that consumers combust and inhale. Many pesticides become toxic chemicals when that occurs and become harmful to users.

END_OF_DOCUMENT_TOKEN_TO_BE_REPLACED

Multiomic Profiling of the Immune System at Single-Cell Resolution

END_OF_DOCUMENT_TOKEN_TO_BE_REPLACED

Multiomic Profiling of the Immune System at Single-Cell Resolution